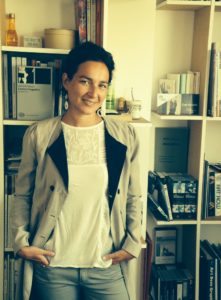 Gaia Tedone is a London-based independent curator and researcher with interests in photography and in the technologies and apparatuses of image formation.

She holds a BA in Economics for the Arts, Culture and Communication, from Luigi Bocconi University, Milan (2005), an MFA in Curating from Goldsmiths College, London (2008) and was a Curatorial Fellow of the Whitney Independent Study Program, New York (2011). In 2014, she was nominated for the ICI Gerrit Lansing Independent Vision Award for her exhibition Twixt Two Worlds (Whitechapel Gallery, London & Towner Art Gallery, Eastbourne).

Currently Gaia is undertaking a PhD exploring the increasingly hybrid understanding of the curatorial function online, as shaped by the convergence of different professional fields and discourses. At the core of her research lies the question of how to produce cultural value and social meaning with and about images in light of existing conditions of online image searching, reproduction and circulation. Her curatorial methodology is concerned with what is visible, and representable, and with the power structures informing images’ availability, distribution and disappearance across the networks. 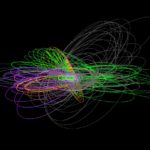 In the context of today’s networked culture, while artworks and photographs circulate online alongside other commodities and digital objects, online users and data aggregation tools partake in the selection, filtering and dissemination of visual content. The conflict of differentiation emerging from within the shared space of the Internet is at the same time aesthetic, social and political. At the core of my research lies the question of how the curation of networked images can produce cultural value and social meaning in the face of such conflation of interests and agendas. Arguing for the necessity to reconsider the conventional paradigm of art curating in light of these shifting conditions and in response to the emergent discipline of digital curation, my study repositions the role of the curator and the work of networked images within this accelerated and evolving field. To achieve these aims, I employ a practice based mode of inquiry grounded in curatorial work, undertaking a number of projects located at the intersection between the fields of photography, contemporary art and online image culture. Critical reflexivity informs the research’s methodological framework and is posited as the differentiator for the production of cultural value in a time when search engines and algorithms are becoming generators of meaning and aesthetic patterns themselves.