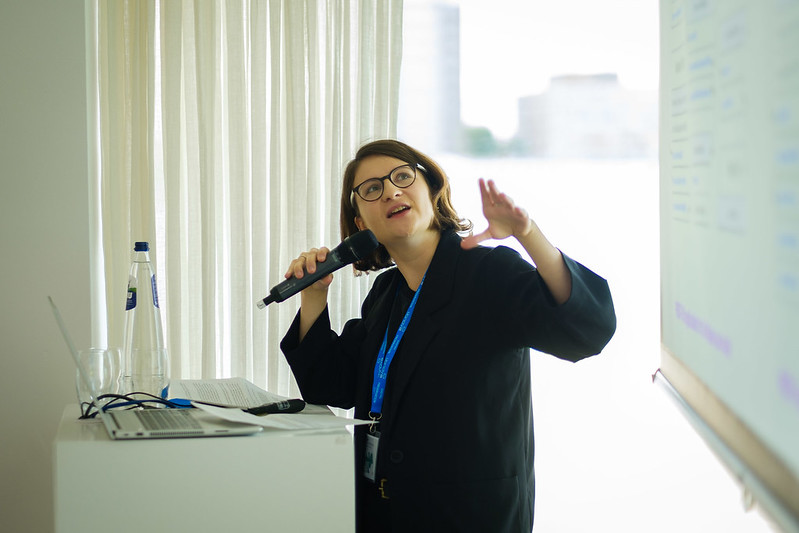 The 16th edition of the International Conference on Digital Preservation (iPRES, for short) took place 16–20th September this year at the Eye Film Museum in Amsterdam. The conference theme was “Eye on the Horizon”, focusing on – as the conference website put it – “the cutting edge of our domain and crossing into other domains”. The choice of keynote speakers – a media theorist, an academic, and an investigative journalist – indeed indicated an interest in “crossing into other domains”. Unfortunately, besides the keynotes, which were recorded and can be accessed here, there seemed to be little to no integration between the majority of sessions aimed at the professional community of digital preservation practitioners and the critical theories of digital media, archives, and audience-participation touched on by the keynote speakers. The only significant variation on the traditional conference format of papers, panels and poster demonstrations, was the hackathon organised into two different sessions, wherein a small number of participants worked over the course of 3 days to develop tools and recommendations for niche or emerging topics, such as emulation-based access services or VR art preservation, and present the findings in the end of the conference. Besides the hackathon, there seemed to be a distinct lack of engagement with both digital “makers” (researchers, designers, developers, artists, etc.) and users of digital culture. While many sessions focused on workflows for appraisal–ingest–storage–data management, and various associated (often enterprise-level) software solutions, the varied contexts of people making digital artefacts and/or using digital media were mostly abstracted away. The result was a conference that signalled ongoing rigorous technological development, particularly among institutions in the US and the Netherlands, but one where there was still too little space to discuss the ethical and socio-cultural implications of key questions in the field, such as – “whose digital preservation?”, to cite one of the keynote titles.