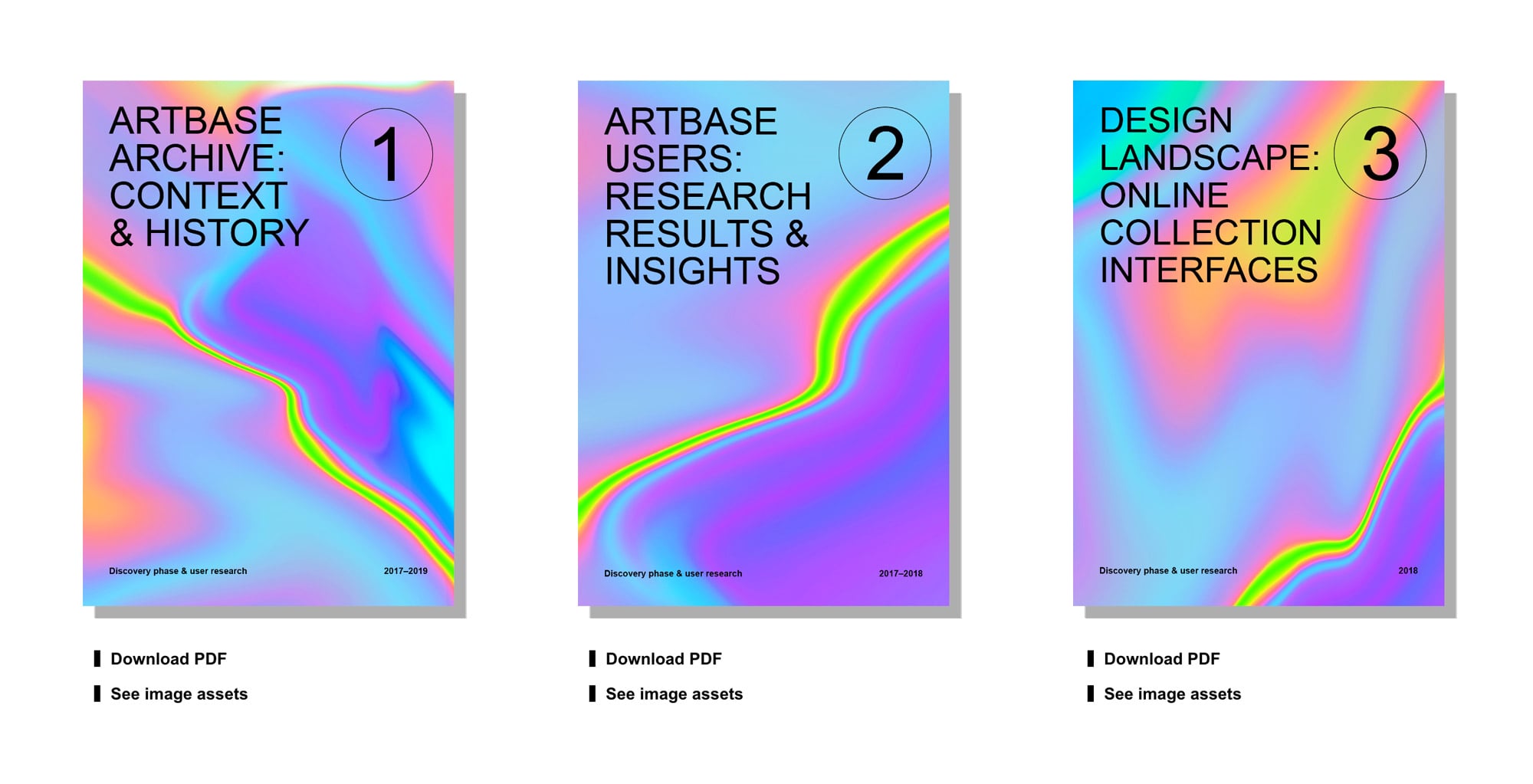 Established in 1999, the Rhizome ArtBase is an international and diverse archive with over 2200 born-digital artworks, primarily works of net art. With its expansion in size and scope as well as complexity over the past 20 years, the commitment to preservation of the works in the ArtBase has become an increasingly conscious effort at Rhizome.

In 2016, the ArtBase became the main focus of a collaborative doctoral project between Rhizome and CSNI. The lead researcher of the project, designer Lozana Rossenova, took an embedded position at Rhizome between 2016–2020 in order to work closely with Rhizome’s preservation team, and the wider Rhizome community, towards prototyping and iteratively developing a new data model and interface design framework for the archive.

Throughout the research and design phases of this project, various documentation materials and design resources were gathered, organized and prepared for publication, to be shared with Rhizome’s in-house team, as well as the wider community of interested cultural heritage practitioners. In tandem with Rhizome’s broader initiative to open up the “black boxes” of institutional practice and research, these documents are going to be released gradually over the course of summer/fall 2020. All resources will be available at https://sites.rhizome.org/artbase-re-design/.

By making drafts, test cases, pilot studies and other details from the research process open for scrutiny, Rossenova’s aim is to share lessons learned, but also to stimulate discussion around the more challenging questions of access and preservation of complex born-digital culture.

The initial set of resources to be published includes a series of PDF reports. More accessible HTML versions of the reports’ contents will also be added to the site later in the year. Following the reports, the final sets of materials to be released will include annotated versions of the new ArtBase interface prototypes and underlying data model.

Rhizome’s knowledge-sharing related to born-digital cultural practices is supported by John S. and James L. Knight Foundation. Rossenova’s research is made possible through funding by the AHRC in the UK and additional support by Rhizome.